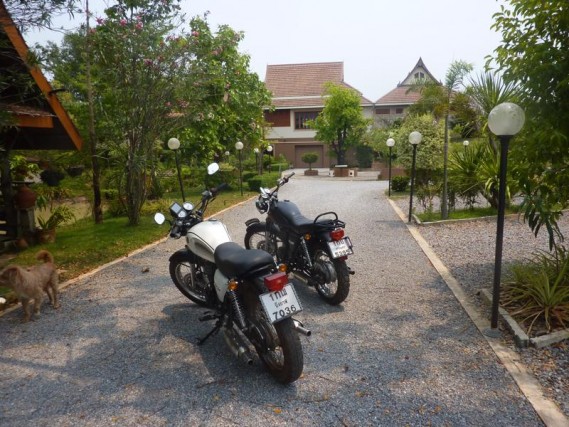 After arrival in Thailand you directly travel to Udon Thani where a member of our team will collect you from the airport and bring you to Resotel Baan Sanook for a couple of days relaxation, overcome jetlag and enjoy local life. Then it is time to start riding..... Guided by the experts of Motortravelinside.com you have couple of great rides with plenty of opportunities for sightseeing and eating. The rides through the far North Eastern and South Eastern part of Isaan start and stop at Resotel Baan Sanook. After your days at Resotel Baan Sanook it is time to say goodbye and Motortravelinside.com further takes you on rides through the North Western Isaan and beyond, all depending on your arrangements made.

For more information please check out the website of Motortravelinside.com