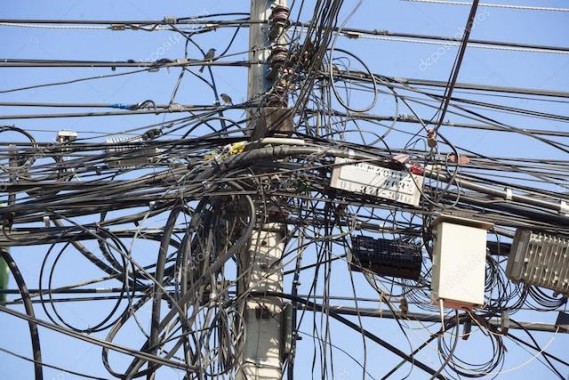 Although Thai people are hygienic in general, often it is not possible to achieve western standards due to lack of knowledge or equipment. >90% of Thai wash clothtting by hand or use washing machine without heater....
For utterly like dishes, glasses, pans etc same is applicable; clean with cold water.
Besides it is the culture, another reason is that the Thai watertube system is not suitable for warm or hot water; used PVC can break if exposed to hot water, so in the case you enjoy a warm shower it is often heated by instant water heater at the tap point. At Resotel Baan Sanook we solved this by the use of German waterpipe system, combined with hotwater boilers and thermostatic shower controls, usage of washing machines that can heat up to 90 degrees and dishwashers to clean cutely..... All sinks have hot and coldwater mix taps.

To complete the watersupply, we gather rainwater what is treated by our own purification system ensuring you have drinkwater quality at each tap point.
Cleaning of your room and entire premisses is performed by our staff, trained by owner to perform high standard. This includes often overlooked items as airconditioners, drains and specially toilets.
Owner personally inspects rooms on regular bases and is very open for any disruption you might experience.

Be advised however that due to tropical climate small insects (mot) appear everywhere; to prevent them from your room just do not store food in your room other than in coolers. Although it might seen as unhygienic, you can not avoid mot, and actually they clean up whatever we spoil around. Ofcourse our staff cleans your room sufficient however not be surprised you see mot appearing from nowhere when you drop some eatable item on the floor.

And there are ofcourse the small gecko's (yingyucks) that appear on walls every evening.....these harmless small salamander type of animals are about few centimeters and love to eat mosquitoe, mot and other insects.........you find them in and outside every building in Thailand thus also at Resotel Baan Sanook.......not to worry; absolute harmless and more scared for you then you for them.

Despite some items you sometimes hear in the media, Thailand is safe and peace full country. There are however few things to keep in mind:

Traffic: old cars, reckless drivers, no licence, drive opposite site,worn out tires, overall state of vehicles.....when on the road expect the unexpected and avoid highways.
Despite above we encourage our guest to explore the surrounding area and beautiful spots using one of the scooters. We have some advises where to go using rural roads with hardly traffic.
For sightseeing further away your host drives you and act as your guide at same time.

Electricity: only recently circuit breakers are becoming popular in Thailand improving safety. The usage of earthing is still rare and often wet areas are not secured (including the electrical hotwater supplies at tap point)
Combine this with thin wiring, taped connections, massive use of extension cables, poor maintained plugs and sockets and you understand this warning.
Ofcourse at Resotel Baan Sanook we used minimum 2.5 mm2 wiring, are sockets earthed, avoid usage of extension cables and have many circuits with each its own breaker.

Fauna: Thailand has many species of fauna, whereoff eliphants and tigers are most famous; these however you not find in their natural habitat anymore, only in nurseries and selected natural parks. Chances you bump into a tiger while wandering through woods are zero. There are however creatures you should be aware off and avoid if possible. List these hereunder:

Dogs: Thailand got many dogs and although majority belongs to some household, thai do not consider dogs be a pet like westerns. Dogs are just around, clean up leftovers and sleep. Besides barking and occasionally follow you when you pass by on scooter, they are easy and harmless. At Resotel Baan Sanook we have few dogs too, that are really pets and love attention from our guests; absolutely harmless and occasionally bark when unknown visitors appear.

Snakes: Although you rarely see them, snakes are anywhere......not just in rural areas but inside cities too. At resotel Baan Sanook I have seen few snakes over last 5 years, and 2 of them during recent flooding. All snakes seen were rice paddy snakes, harmless for humans and not bigger than 50 cm. But Cobra lives in Thailand too and I seen one during construction of our Resotel. If you spot a snake, just don't go near..... most times snake spots you and it gets away before you spot it. If you spot one on our premises (unlikely but possible) notify host or staff and we take care of it. If you outside and see a snake crossing road or wherever, just let it pass and continue. In the very rare occasion a snake bites you, kill it or shoot picture, just get to the nearest hospital, show picture or the dead snake so doctor knows how to treat you. Again, it is not common to have snakebite but fair enough to issue warning to you

Kwai (waterbuffalo) and cows: in rural areas farmers have hurdle with Kwai and cows. In mornings and late afternoon they walk the hurdle from stable to grazingspot and vice versa. Hurdles walk on the road so just be careful when approaching them by scooter. They are harmless but can make unexpected movings so just be prepared