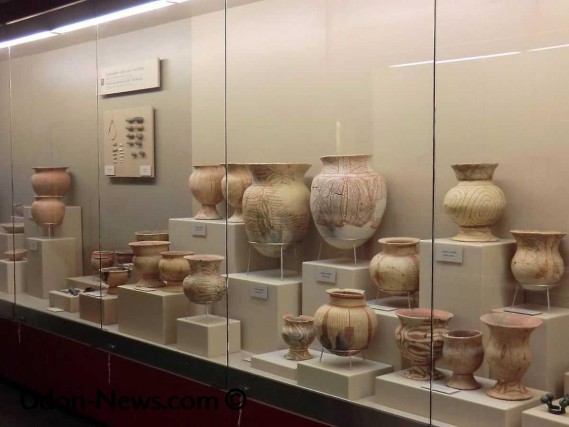 Ban Chiang is considered the most important prehistoric settlement so far discovered in South-East Asia which is dated back to the Before Christ era. It marks an important stage in human cultural, social and technological evolution. The site presents the earliest evidence of farming in the region and of the manufacture and use of metals.

Ban Chiang is an archaeological site approximately 50 km distance from Resotel Baan Sanook and has been on the Unesco world heritage list since 1992. Discovered in 1966, the site attracts enormous publicity due to its attractive red painted pottery.

Visiting Ban Chiang is interesting for ones who like to learn a bit more about ancient times of south east asian and traditional pottery making; this last one is daily done excepts Mondays when all Ban Chiang is closed. It is accessible for anybody, hence not require any physical condition.

Your host will advise you to combine a visit to Ban Chiang with other sightseeing spots in vicinity, eg Kham Chanot, Wat Mai Ban Tan etc.

Ask your host for combination details!